Skip to Content
Home / Domestic Travel / Maine / “I love a good bargain.”-Portland, ME and Portsmouth NH

Greetings from Thousand Trails in Maine! Yup, you read that right, we were able to squeeze a final Thousand Trails stay in before our membership expired at the beginning of October. We were thrilled by this because money saved means money to do more fun things! We parked Gurdy at Thousand Trails Mood Beach in Wells, Maine. A small touristy town that’s a short drive from the ocean and other fun towns we’d hoped to explore during our short stay. We planned to visit Portland, ME and Portsmouth,NH.

Our first stop was a quick drive from the campground, Nubble lighthouse! A friend from Harding University that had grown up in the area told us it was a must-see and I’m so glad she did. The view was awesome, and it’s such a beautiful lighthouse with a lot of history. In 1874 President Hayes appropriated the sum of $15,000 to build a lighthouse on this “Nub” of land. On July 1, 1879 construction was completed on what, at the time, was known as the  Knubble Lighthouse with a 4th order light began to protect men and women on the sea. The men and women serving in the Lighthouse Service were the first guardians who provided great care for the light and its surrounding buildings.

The Nubble lighthouse is located in York, Maine. This quaint town offers a beach, bowling, and best of all a homemade candy shop! We made a stop at The Goldenrod after watching the taffy machine do it’s hard work through the window. It was too good to pass up, we snagged a sampler bag of their taffy and made our way down the sidewalk along the beach. They offer taffy flavors like peanut butter, chocolate, mint, wedding cake, and our personal favorite…key lime pie! The flavors were all so accurate and yummy. Certainly worth a quick stop should you make your way to York, Maine.

Our next outing was to head back into New Hampshire and visit the city of Portsmouth. We were much closer to the town now that we were stationed in Maine and decided it was worth it to backtrack a little since the town had so much history to see. Our first stop was a cute shop called, “Pickwick’s Mercantile”. You’ll notice the staff dresses in colonial wear and is very friendly. They have tons of gifts and knick-knacks.

After perusing the mercantile we made our way down to the waterfront to get a view of Sheafe Warehouse and Prescott Park. The park hosts movies, festivals, and theater events throughout the summer. Though nothing was going on the day we visited we sure enjoyed the beautiful gardens and fountain!

Next up, Luke’s pick! He wanted to explore the retired submarine, USS Albacore (and I’d be lying if I said I didn’t want to also). The USS Albacore (AGSS-569) is a unique research submarine that pioneered the American version of the teardrop hull form of modern submarines. We got to tour the sleeping quarters, dining room, kitchen, captain’s quarters, and of course all the machinery that powered this behemoth. The bunks below are stacked four high on one side (try not to sit up quickly from sleeping!). I could not imagine being underwater for a month or more in this submarine but for many, this was life! The food on the USS Albacore was said to be some of the best out there. The men aboard dined together, played games and watched movies in the dining room in their downtime, and conducted countless hours of research.

Next outing? Portland, Maine! A friend from Southern Arkansas University encouraged us to try Otto Pizza, local to the area. Thanks, Casey! It was delicious, if you haven’t noticed, we really like pizza. We tried spicy pulled pork with scallions and ricotta with fresh basil. So fresh, crispy, and downright good eating.

We were a short drive from Fort Allen Park and def needed to walk off our food babies, so that was our next stop. This historical site became a park in the 1890s with the help of Civil Engineer William Goodwin. It had previously been a Revolutionary Way Fort built in 1775 and rebuilt to guard Portland during the war of 1812. It is now home to a Civil War monument, a Historic Cannon recovered from the USS Maine that sank in the Cuban harbor of Havana on Feb 15th, 1898, and a restored ship mast from the USS Portland.

Next, we visited Bug Light because it was said to offer a great view of the city. It does, however, it was pretty darn foggy during our visit so we mostly just enjoyed the light and monument to WWII. The 8.78-acre park was the site of major shipbuilding activity during WWII. An estimated 30,000 people were employed here from 1941-1945 building liberty ships for the New England Shipbuilding Corp. and the South Portland Shipbuilding Corp.

The Holy Donut (except not really…)

Our other food stop was for a potato donut, these made lots of food blogs I’d researched and I was super excited to try one! We made it to The Holy Donut just before they closed and snagged a maple donut. There was a line in the street for these things! And ya know what? I’ve had much better donuts elsewhere. The texture was certainly more dense than a regular donut but the flavor just wasn’t anything special. Sorry Holy donut, it just wasn’t anything special to us. I’d suggest snagging a donut elsewhere while in Portland.

Once we were safely back in Wells, Maine we decided to make a charcuterie board for dinner. We always talk about making one and never do it because cheese is expensive, well today was the day. We’d been eyeballing this sketchy cheese shop right across the road from our campground (pictured above) and thought, what the heck let’s see what happens. Turns out the inside was much less sketchy and the staff was so nice in helping us pick out a couple of cheeses! We snagged smoked gouda, some spicy habanero cheddar, a trio pack of fancy crackers, and sliced up an apple. Boom, homemade cheese board, no regrets.

Now you’ve noticed we’ve explored quite a bit of Maine and still no lobster rolls! Don’t worry, we love lobster rolls (first tried them on a family trip to Boston, MA with the family) and wouldn’t miss a chance to get more. However the area we stayed in was very touristy and overpriced, I assigned Luke the task of finding reasonably priced, locally popular lobster rolls. He knocked it out of the park! We landed at Pool Street Market, a small lobster roll/sandwich shop with reasonably priced grub. We snagged two jumbo lobster rolls and split a salami sandwich (just cause it looked to darn good to pass up).

I believe Pool Street Market usually has a couple of tables to dine at but due to COVID restrictions we had to take it to go, no worries, you’ll find Clifford Park just a minute down the road with picnic tables to dine at!

Obviously we ate too much because how can you not when the sandwiches are this good. So we hiked a trail at Clifford Park to even things out. The trails are well-maintained and have a children’s story book posted along the way. We stumbled upon a preserved family cemetery (graves dating back to the 1700’s), had to check it out because I love old cemeteries and it’s spooky month!

The last landmark we absolutely didn’t want to miss was the Portland Head Light in Cape Elizabeth, ME. Note if you visit this PUBLIC PARK you’ll have to pay for parking. It isn’t that much but I think it’s kind of ridiculous. But what can ya do, we paid the fee and enjoyed the view. Beginning at the time of the American Revolution and continuing through WWII the armed defense the Portland Harbor provided was critical. Looking north you will see Fort Gorges on a small island in the harbor. It was built during the Civil War, but by the time the fort was completed the war had ended and the fort was obsolete.

That wraps up our time in Maine and New Hampshire! We hope to come back to Maine at some point to visit Acadia National Park. But this go around it was just too far a drive to make from our campground. As always, thanks for tagging along with EmbryAdventureCo, we hope you enjoy our travels. Only a few states left now before we make it to all 48 contingent states!

Keeping it Real in Kansas. Explore Wichita with us! A Merry Thanksgiving in Palm Springs and Los Angeles! 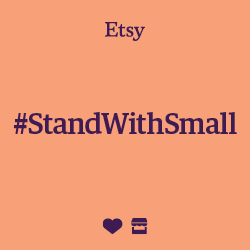